Matman is a highly respected DJ and producer from London, UK renowned for his deep music knowledge, world-class DJ skills and remixing talent.

Matman edits and remixes can be heard in heavy rotation worldwide, played by legends such as Jazzy Jeff (US), Mr. Thing (UK), DJ Koco (Japan), and many more. 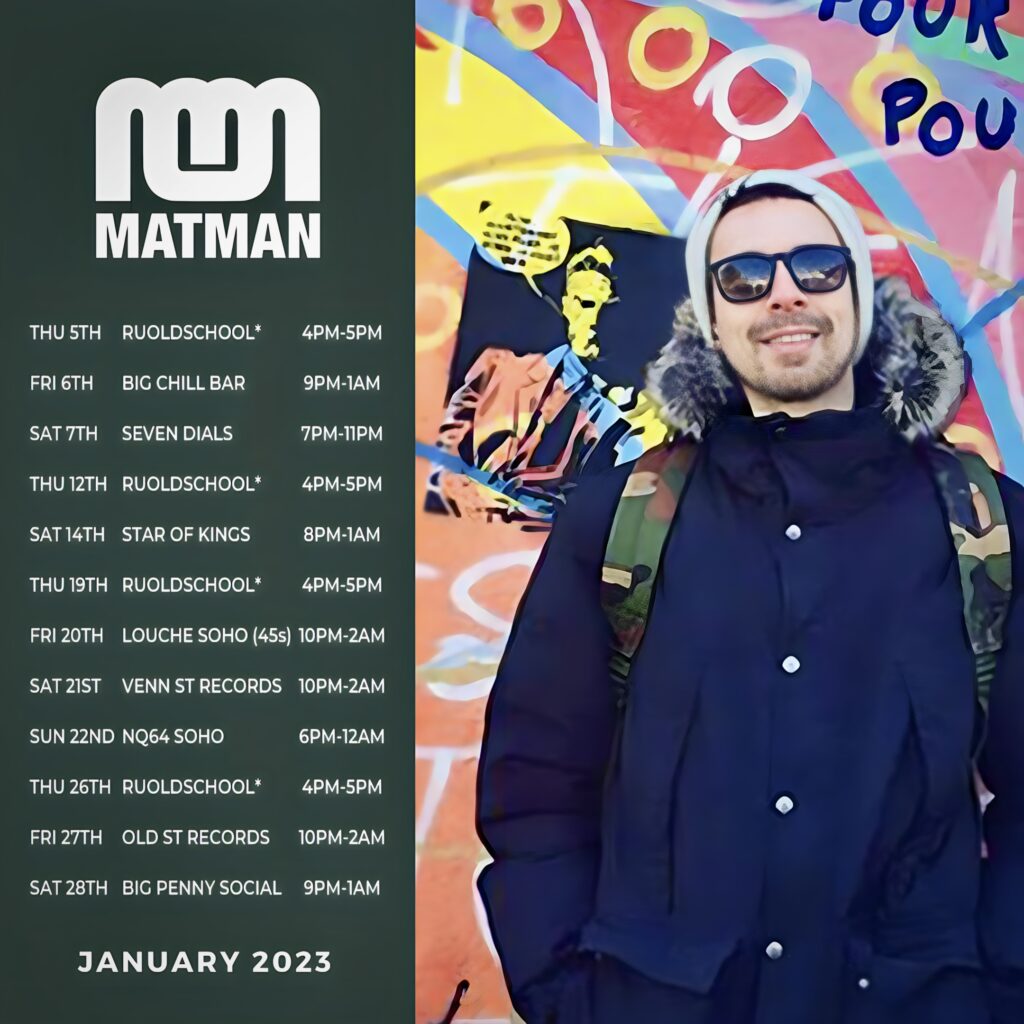 LEARN TO DJ WITH MATMAN

Matman is available for private dj tuition in London or via skype. He has had over a decade’s worth of experience in the field, and currently teaches for Brunel University in London. In the past he has worked for Leeds College Of Music, Leeds City Council, and Hoxton Hall (London), as well as providing one-on-one tuition to a wide range of clients. His reputation recently led him to teaching well known dj/producer Mark Ronson video djing, and together they worked on the VJ section of his recent TED talk.

Lesson plans are tailored to the individual’s needs, and can incorporate many different aspects of djing – from the basics through to advanced mixing & scratching, video djing, industry tips and even editing/mixing techniques using Pro Tools.