Had to post this one up for any that missed it.. copped this Big L tribute mix a couple of months back from dj soul‘s blogspot, released on his birthday (may 30th).

Why post up a mix that half the blog world posted up 2 months back? because it’s one of the few things i’ve had in constant rotation on my ipod this summer, & if you missed it you need this in your life!! Big L is without doubt one of my all-time favourite MCs, & this mix is a fresh combination of classic material, freestyles, interviews & rare tracks – such a shame he passed away so early, his career had hardly started & was supposed to sign to rocafella just a week after his passing.. anyway my true heads know all that already, enjoy the mix!! 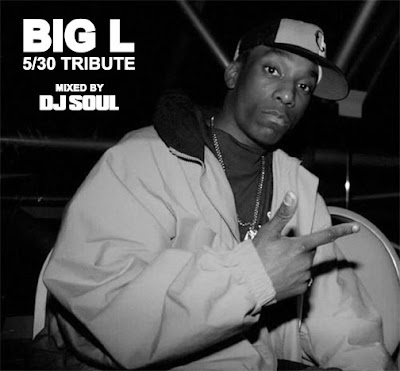